I’d grown tired of it. Tired of the jostle and hustle and those countless faceless bodies colliding with me from every direction. Weary of the endless streams of traffic filling any empty spaces of my lungs which the dirty Beijing breeze hadn’t already blown in. I’d dreamed of living in Seoul for years, and I love it, really I do. Yet the constant warring for subway seats, the side-stepping, dodging and weaving between streams of slow-stepping smartphone-entranced commuters had started to grind me down.

I’d barely been here a year but I need out. Not out, out. Just enough of an escape to keep me going. The city life turns me on, no doubt about it. But after a countryside upbringing, this existence amongst the haze and giant grey Lego bricks that makes up Korean city architecture could sustain my sanity for only so long. 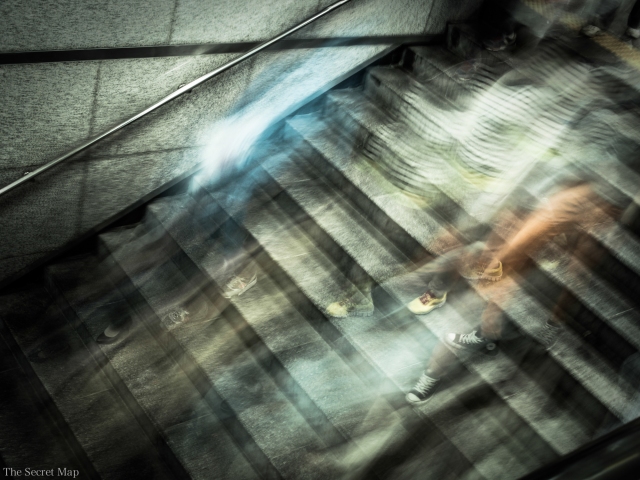 My mum had come over from England for her second visit. I’d been trying to convince her to hop over to Japan from the time I was there last. Japan was a safe bet. Temples aplenty and natural beauty in abundance. What else was left to do in Seoul and it’s surrounds? Take her to Lotte World? Better off staying at home.

Yet she loved and missed Korea, and on the eve of Buddha’s birthday come back she did. After a few days in Seoul, she said that we should go visit somewhere I’d never been before. I said I’d always wanted to go South West.

The next day we found ourselves in those exact coordinates. 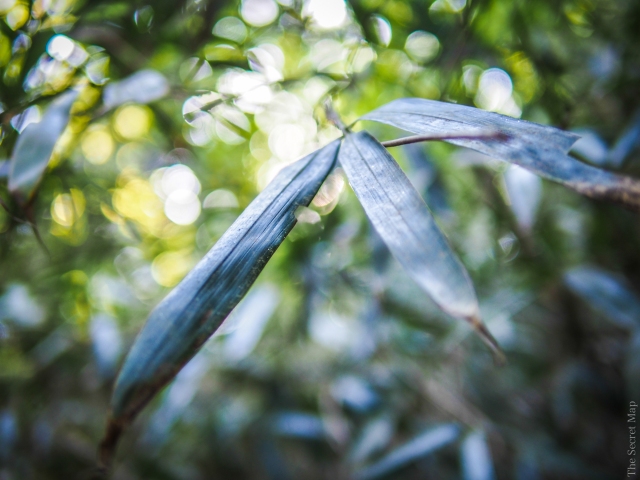 Alex Garland wrote in his novel The Beach that “Escape through travel works”. It does. From the moment we left Seoul’s grey urban sprawl, our train journey was engulfed by the sweeping views of watery rice paddies and little villages. All the way down was all mountainous farmland where abundant greens filled my pupils as I gazed out the window. Most significantly, there were very few gray areas. Why do I keep forgetting that the countryside exists here?

Of course, being a national holiday, the entrance to the forest was packed with florescent jacket-clad Korean tourists. A middle-aged karaoke queen near the front gates knocked out a rendition of ‘Holding out for a Hero’ that carried heavily through the stalks as we made inroads. 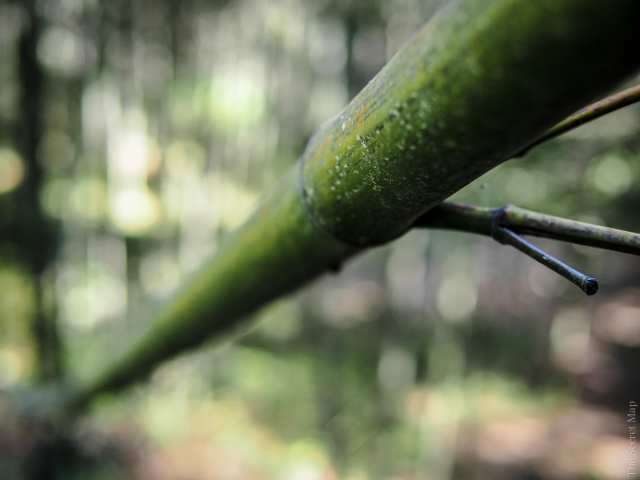 Yet as we continued on, it was surprising how large the place was. I had expected a tiny fake forest full to the brim with couples slugging selfie sticks. As we continued to higher ground, however, the masses thinned out. By the time we reached the other side, we were virtually alone.

Why were there so many people near the entrance? Why do they walk slower there and wait in long lines to take pictures when the rest of the park is equally as attractive? Or do you just take things for granted the more time you spend around something? Maybe that was it.All I know is that the further away you go from the places that everybody else is trying to get wonderment from, the more of it gets sucked out of your own.

We made nearby city of Gwangju our home for the night when a kind man named Pedro Kim welcomed us into his very homely and entirely empty guesthouse. We didn’t spend long there though, we had a birthday to attend.

Buddha’s birthday was in full swing when we arrived. Thousands of glowing lanterns and a room full of monk-led chanting in the main temple made it worthwhile as an experience. Yet it was a Korean lady who approached my mother and told her she looked like a friend she’d met in England – her guardian angel no less, that made it worth remembering.

“They drive it like they stole it.” remarked my mum on the bus to Boseong the next day. She had a point. As the guy hurtled around corners with the ferocity of a Formula One racer, we both reached for our seatbelts. Even amidst the laid back countryside setting outside, we could have been on a bus in Seoul except that the roads were less busy out here, and the driver was taking full advantage of it.

We had to wait for a local bus to take us to a green tea field plantation. We waited among very weathered and life-beaten elders. I wondered what was going through their heads as they sat there staring out of weary eyes, looking like they’d lived a truly full existence. They’d run the gauntlet and were nearing the end, but with tools, pots and vegetables to their sides, they were still very much active participators in the game of life. 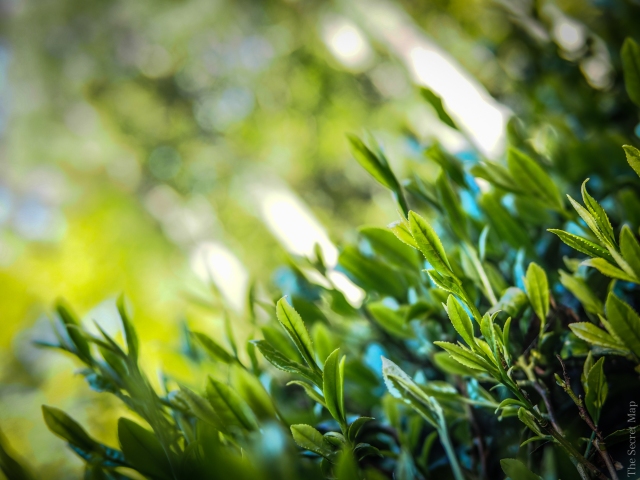 The older generation down south of the peninsula are amazingly hospitable and welcoming. Instead of the constant phone tapping that occurs on city transport, we heard loud chatting amongst themselves, toward the bus driver, and they even talked to us and the other foreigners that were headed the same way. They let us know where to get off the bus too.

I really didn’t want to follow the pale foreigners. Their accents were whiny and they said the word “like” too much in a single sentence. You could hear them from a mile away. It was like, so annoying. Goddam tourists.

I couldn’t follow them straight to the main fields. Once on the premises, we decided to veer up a hill and continued up until we saw signposts. We took the unmarked path. The thick blanket of multifarious trees started to thin out as we went higher. We’d found ourselves on the other side of the mountain now and had probably left the area we’d paid a ticket to visit.

We were on the verge of turning back when there was a path cutting through the trees which led to the following view.. 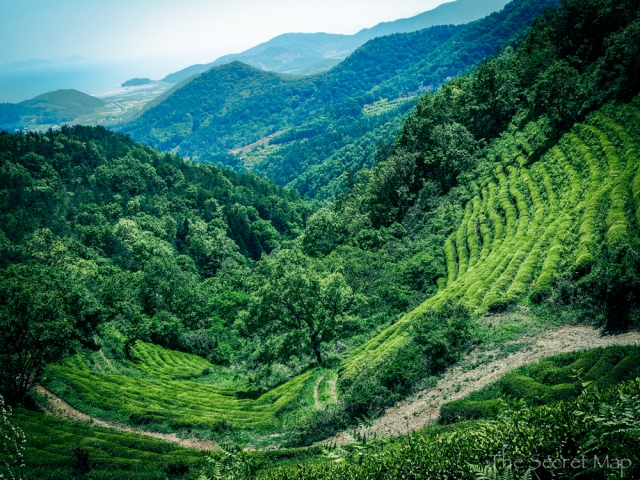 “Tourists went on holidays while travelers did something else. They traveled.”  Alex Garland, The Beach

When you travel, the further you go from the decompression zones that are the tourist belts of the capital cities, you see less and less people that look like you. You start to feel like you’re blending into the culture the more you shake off your stabilizers of banana pancakes, smoothies and English language signs to help you along the way to your next well-reviewed destination.

Sure, there was nothing separating those other foreigners from my mum and I in essence. We we all looking for a sense of wonderment. Yet as we stood gazing out at the most jaw dropping vista I’ve yet seen in South Korea, where a panorama of green tea bushes prime an ocean view laden with islands fading into the distance, there was a certain satisfaction that we’d made the extra effort to get here. This wasn’t in the guidebook. There was no ‘photo zone’ sign and merchandise shop. There’s a good chance we were probably trespassing. it was great.

Not one whiny voice pervaded the air, only birdsong. No fat foreign butts waddling around or florescent Korean hiking gear to blotch the landscape, just beautifully cultivated natural bliss. We’d separated from herd and reaped the rewards. We were better than them. For we were travelers.

We’d stayed in the city of Suncheon for the night and the next day we headed toward a temple in the mountains, Seonamsa.

Maybe it’s busy on the weekends, or holidays, but barely another soul passed our way as we walked along the trail and into the premises. 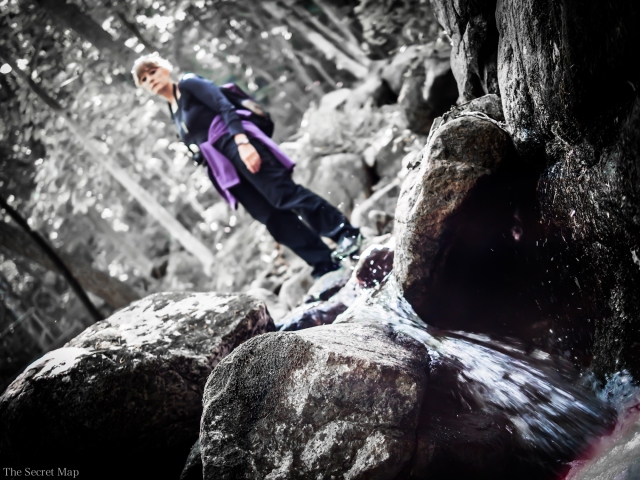 This place practices the of type of Buddhism that my local temple is Seoul is part of, which is Taego. It’s a practice which is seemingly shamanic in origin and places an importance of being in an area of exquisite natural beauty. The temples also have cool dragons built into them. 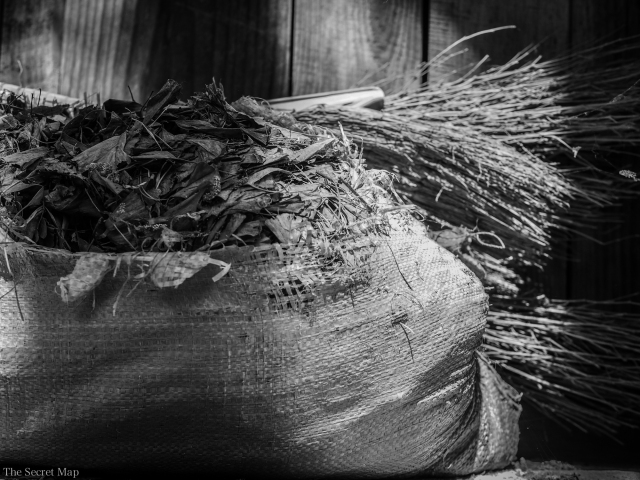 “The only downer is, everyone’s got the same idea. We all travel thousands of miles just to watch TV and check in to somewhere with all the comforts of home, and you gotta ask yourself, what is the point of that?” – Alex Garland, The Beach.

The guesthouse we were staying in had an enormous flat screen TV. It was tempting to veg out for the night and watch a film. But as in the above quote, what would be the point of traveling in the first place? We asked where was good to eat, and a Canadian dude named Ted walked us to the other end of town where we proceeded to eat a fish feast fit for a king for a mere eight dollars per head. Washed down with a good amount of soju, of course.

On the way home we came across a band called Acoustic Dabang who were about to practice in one of the only places left open, a tiny but incredible little cafe called Honey Pie. Luckily we were allowed to watch their whole performance as the only two customers. Two songs in and we were both almost in tears, the female singer, Sewon, had such a powerful voice that we got carried away with her in a song called ‘Lonely’. It’s these unexpected gems of moments, people and places that really make it worth getting out there and exploring the world. The longer you spend gazing at the TV, the computer or your phone, the less these moments will occur.

The last thing we did in the area was watch the sunset at Suncheon Bay.

Although switching between a phone and reality isn’t a healthy thing to do when trying to encompass one’s self in the natural environment that I’d been so longing to do since living in the city, it has it’s advantages. One of these was that I discovered that it was Mother’s Day in Korea. Another was, as my mother walked into the sunset,  I thought to myself what a perfect moment it was – i could get a great filter on it.

I didn’t want to travel in Korea. I didn’t think there was any sense of wonder or discovery to be found. I was wrong.

Not only because we’d seen incredible natural landscapes. We’d also discovered countless moments of wonderment the likes of which you’d never know from a guidebook. They don’t tell you directions toward these unique experiences – the band in the cafe, the lady who greeted my mother at the temple, the sense of pioneering after escaping the tourists at Boseong. 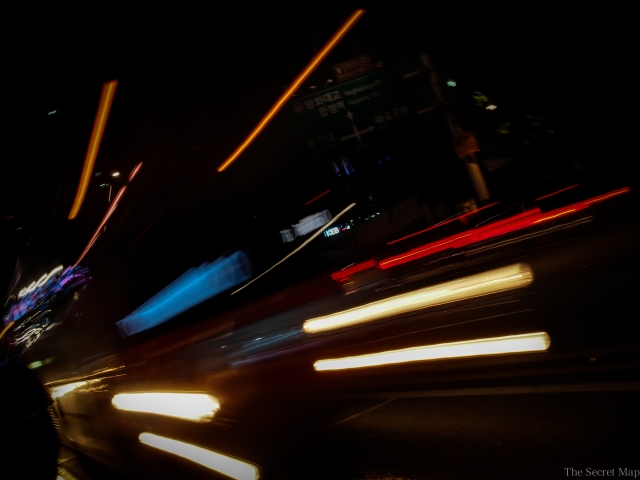 “Is is always like this?” asked my mum, as we were suffocatingly squeezed against the front window on the bus of the journey, going back to my home in Seoul.  I couldn’t answer her. I didn’t know really. Sure, I can sometimes get a seat. Mostly i just think of transport in Seoul as human cattle carriers, with every square inch of air pushed out in favor of getting as many people on as possible.

It’s not the bus driver’s fault really. This city has too many people. It’s overloaded. But it’s also hell of a lot of fun. I love it. But you’ve really got to come up for air sometime. You’ve got to escape.

We parted ways the next morning as she took the airport line and I took my started my commute.

She was leaving with a few bruises and scars from when she ran to catch a bus down south. The driver had hurtled into the bus stop like a madman as per usual. Whether it’s the big city or the countryside, people drive like they’re on crack in Korea.

That’s another thing about travel – for as many discoveries you make, you realize that some things never change.

I stayed in touch with the Acoustic Dabang, who sent me a recording of the tearjerker ‘Lonely’, which is from the same night:


Acoustic Dabang’s Facebook page can be found by clicking here.